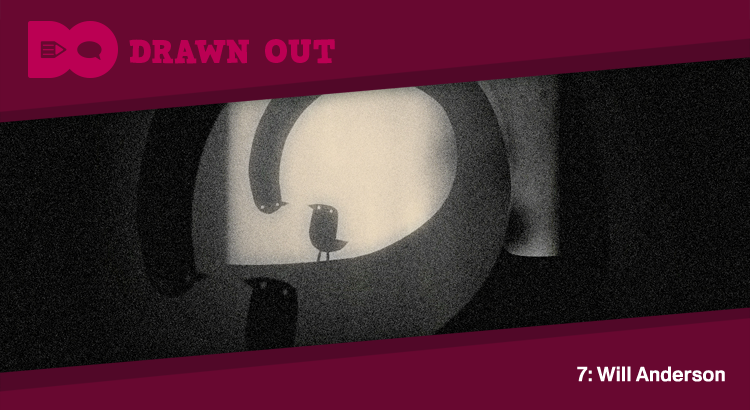 In Episode 7 we chat with Will Anderson. In 2013 Will won a BAFTA for his film The Making of Longbird in which he is seen recreating and arguing with a stroppy Soviet-era cartoon character. His Monkey Love Experiments was also BAFTA nominated, in 2015.

Will is well known for his animated videos featuring a cast of hilarious pigeons, ducks and other birds. Monkey Love Experiments picked up awards at Glasgow, Edinburgh and London film festivals and his company, Whiterobot make animated material for feature film and tv projects.

In this episode we look at Will’s influences; the development of his drawing style; why feathered creatures in particular appeal so much to him; his ongoing collaboration with fellow animator Ainslie Henderson; and get some details on their next production too.