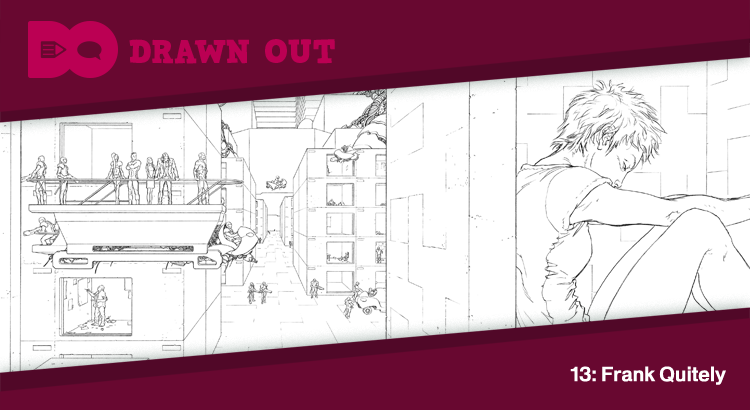 In Episode 13 we have a rare interview with Vincent Deighan – AKA Frank Quitely – one of the world’s most in-demand comic book artists. Frank has won four Eisner and three Harvey awards and joins us for a chat about Electric Soup and his work with Mark Millar.

Frank is noticeably absent from social media and has no official website, but that hasn’t stopped him coming to the attention of – and working with – some of the comic book industry’s leading lights, including Millar, DC Comics and Marvel.

In this episode Frank stops by to chat about his early days on Electric Soup; his recent work including his ongoing collaboration with Mark Millar; and about his approach and technique. There’s also a hint of things to come as we chat about his current projects.