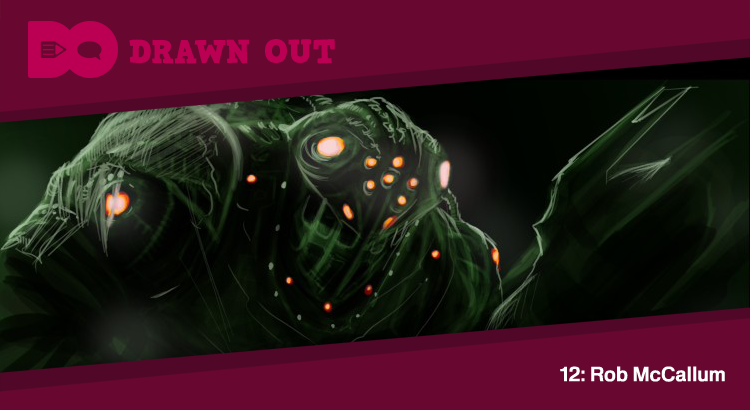 In Episode 12 we chat via Skype with storyboard and concept artist Rob McCallum. Rob has collaborated with film-makers of the calibre of Guillermo del Toro, George Romero and Edger Wright and his work features in Victor Frankenstein, a new movie starring Daniel Radcliffe and James McAvoy. We chat about his recent work, his process and advice for young artists.

Rob is based in Canada and has worked on a number of major motion pictures, including Pacific Rim and Kick-Ass. He previously illustrated for both DC and Marvel Comics and he has recently been working on storyboards and conceptual art for the SyFy show Killjoys.

In this episode Rob joins us from Toronto to chat about his work, his approach and the challenge of working long hours against tight deadlines in the knowledge any project could end up consigned to ‘development hell’.