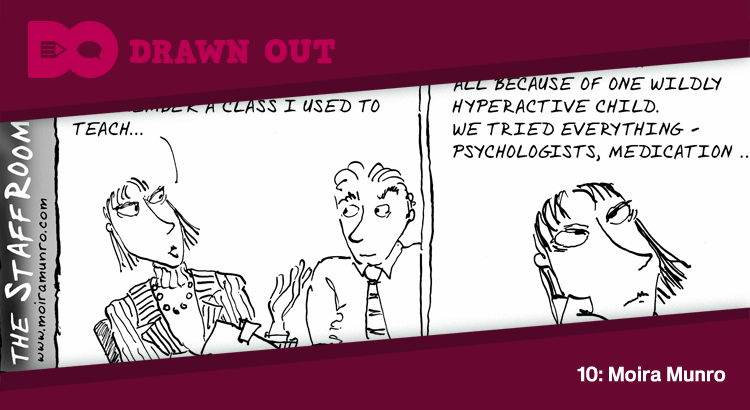 In Episode 10 we chat with cartoonist and illustrator Moira Munro. Moira has produced cartoon strips for The Herald and Woman’s Weekly and illustrated a number of children’s books. We chat about the French cartooning tradition and her recent projects.

Moira started cartooning later in life than some but made up for any lost time with her popular cartoon strips; exquisite children’s book illustrations; and offering her services as a visiting author for primary schools.

In this episode we talk about her mixed French and Scottish background; the romantic view of the author/illustrator relationship versus the reality; what a “female” cartoon looks like; Moira’s experiences creating her own titles for children (including the successful Hamish the Bear books); the necessity of diversity in a cartooning career; and her recent work in the health sector.